By now you all know how madly, deeply I am in love with my 6qrt Electric Pressure Cooker.  Wait you don’t know this? Oh honey we need to talk!  Come grab a seat at my kitchen table, have a cookie (or 3) and let’s chat.  You see I cook every day.  Every. Single. Day. And while cooking and baking (really anything that involves being the kitchen and creating) is my passion.  It allows my creative side to come to light and let my engineering mindset take a breather.  You see when I’m in the kitchen I don’t think. I know that sounds odd (or even cocky which I don’t meant) but for me it just makes sense when I craft a new recipe.

My day job is very structured and streamlined.  It’s very centered around process, governance and standards. It’s either black or it’s white; there are no gray areas.  Well in cooking you run the gamut of colors if you will in that proverbial rainbow.  You get to start with a concept, dabble around; perhaps add a little dash of this or a splash of that.  You get to play or as I say, create. However there are days that yours truly even gets tired of being in the kitchen. I mean I love it and would so totally move my bed into it but my life is ridiculously busy that I truly do burn the candle at both ends and because I’m crazy I made slices in that candle and started to burn in those slices just so I can get more done in 24 hours. Yeah I know, not a wise or healthy thing to do. So enter in this FANTABULOUS 6qrt Electric Pressure Cooker.  Folks this thing changed my life when it came to cooking.

You see if you’re like me you grew up where  the pressure cooker that our Moms and Grandmothers used were deadly.  They’d hiss, they spit, heck they’d even blow their lids off if you let the pressure build up too much or not have enough liquid in it.  That was the only kitchen appliance that I was forbidden to touch.  Heck I wasn’t even allowed in the kitchen when my Mom would use it.

Well about a year or so ago, I was at the All-Clad Factory Sale and they had this particular one for a deep discount (like all stuff there).  See this one is part of their parent company so for me it’s a brand I knew to trust.  Since it was inexpensive AND from a brand that I trust I figured I’d get one.  I brought it home and there it sat.  Why?  I had no clue how to use it or what to make in it.  So like you I went to Google just to read more about it and understand the mechanics of pressure cooking. With this pressure cooker there are 2 types of release methods – fast/quick and slow/normal. Fast pressure release means that the cook should use the valve, or pressure releasing mechanism particular to their cooker  (such as a button to push, a lever to twist, or a slide to pull), to release pressure once the timer goes off.  For thick recipes (such as a chili or a risotto), right after this release,  the still unopened pressure cooker should be given a few small jolts to release any super-heated seam pockets in the food.   Slow pressure releases pressure using the pressure releasing mechanism. By letting the machine release it for it, it lets the pressure drop slowly from your electric pressure cooker.  During this slow release, the cooking continues, so it is recommended for certain cuts of meats, and some desserts. When pressure is fully released, the float (pressure indicator) will drop and the lid will unlock to open. 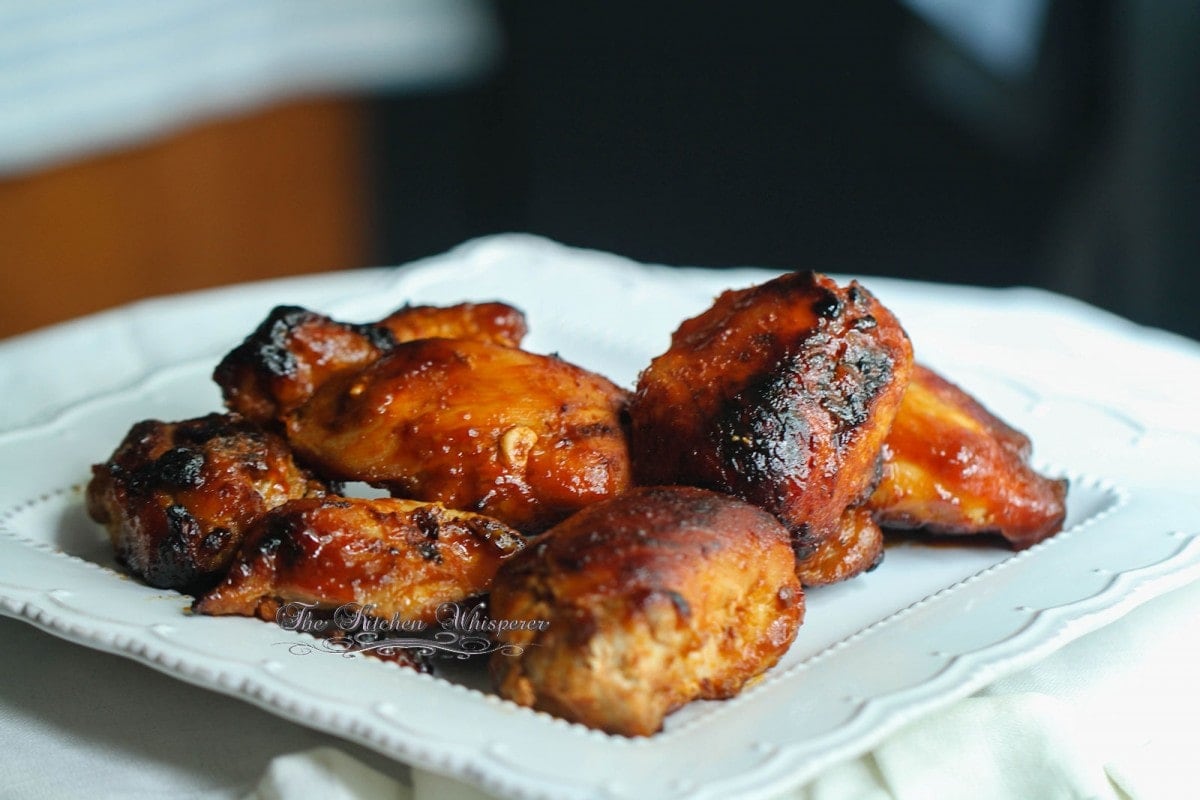 So I set out to make my first recipe with my fancy new pressure cooker, Pork Ragu. Sure I could have started off with something simple but if I wanted to really test it out, I needed to put it through its paces.  Now prior to starting I needed to research cooking times for various meats as this is important. Once I got that down pat I was ready to go. What I love about this pressure cooker is that this one has a browning function which I’m all about.  Why?  You don’t need to dirty additional pots or pans for it!  BONUS!  Don’t get me wrong, I actually like doing dishes (yeah I know, I’m crazy) but like I said, even yours truly gets tired of being in the kitchen.  Once I brown the pork, I assembled the ingredients and, topped the lid, locked it (which has a double safety lock – super bonus!), set the timer and let it do its thing. Now when I say a recipe takes 10 minutes in the pressure cooker that doesn’t include the build up time to get to pressure.  It’s 10 minutes total time at pressure.  However it only takes a few minutes for it to build up pressure so it’s not a big deal.

When this pork  was done and I had my first bite I knew I hit the jackpot!  It was ridiculously tender and the flavor was so intense that it blew my mind! And as you can see now by my having an entire Pressure Cooking section dedicated to just that on the site, I think you know how much I love this thing. 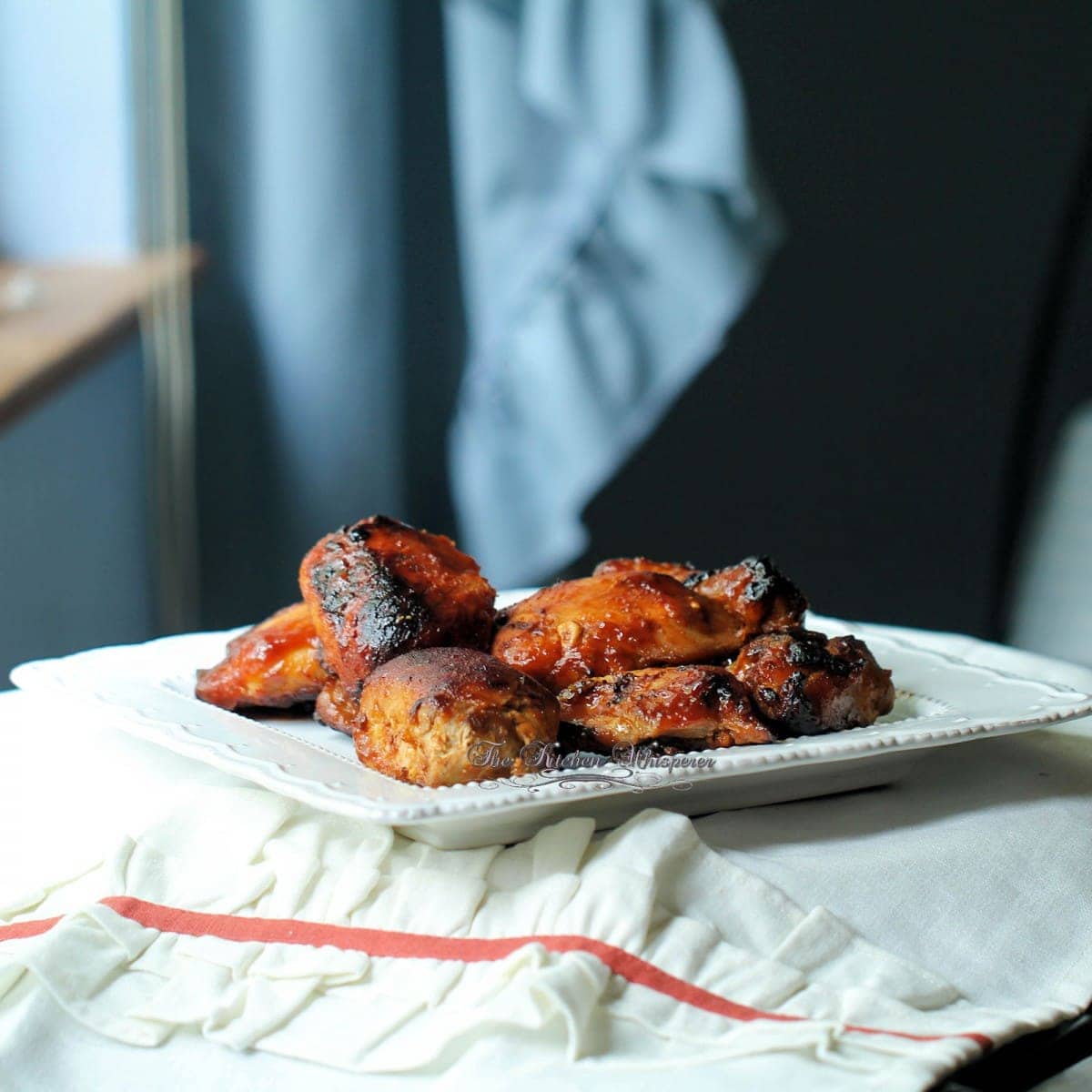 Now onto these luscious boneless thighs.  I was at the butchers and he had an in-store special.    99 cents a pound with no limit!  Now I normally don’t buy thighs as I’m not a huge fan of dark meat.  Don’t get me wrong, it tastes great but it’s not the healthiest part only due to it having a higher fat content.  However it’s also the most flavorful part. So you guys all know me, I firmly believe in ‘Everything in moderation’ so I can eat these, just not all the time. You see myoglobin is the hemoprotein (an oxygen-carrying protein) responsible for giving dark meat its reddish co lour. The more myoglobin, the darker the meat and the richer the nutrients. Myoglobin provides muscles with the oxygen they need during exercise or movement. And since chickens don’t fly they use their legs and thighs to get around thus building up them muscles and making the meat ‘dark’. Hands down one of my best kitchen appliance purchases ever is this 6qrt Electric Pressure Cooker !