So the other day Papa Fantabulous was up helping out Mr. Fantabulous on the remodeling of our entire downstairs.  Now you have to realize, what my darling husband decided to do when he said “Honey, I’m going to remodel the downstairs” was not some small undertaking.  Should I point out that he started this 3.5 years ago?  ANNNNNNNNNNNNND that I’ve had bare floors, walls and ceilings down there for  3.4 years and 5 months?  Nah.. I shouldn’t.  Wouldn’t want to do the “I TOLD YOU IT WASN’T GOING TO TAKE 3 MONTHS… HONEY!”  No, *I* would never do that… more than 37 times *blush*

*sigh* but I can’t be too upset as it is actually getting done.

Anyway, with both boys here all day I had a busy day of cooking.  Since I knew Mama Fantabulous wasn’t going to be here *sniffle.. I so love when she’s here* I was home free on making spicy foods.  See Papa Fantabulous puts crushed pepper flakes on everything.  I mean EVERYTHING!

So while they were hammering/cutting/sawing/swearing/laughing/swearing more and making more noise than a heard of elephants I was busy cooking all day long.

In one day I made them the following:

Now per Papa Fantabulous, the peppers were ‘Perfect!’ but my darling husband was sweating bullets 3 bites into it.  He said it was “really hot honey but I can’t stop eating it as it’s THAT good!” So if you can’t handle hot stuff you could easily use all mild Italian sausage…. wuss *wink*

Also, the picture isn’t the prettiest – turns out these things really don’t photograph that well.  But it’s just incentive for me to make them again, right?

Now these would be perfect for a weeknight meal, pot luck, KILLER for  tailgating or a football game or a Friday night poker night (INVITE ME.. I LOVE me some poker!). Print Recipe
Pin Recipe
★★★★★ 5 from 14 reviews
Did you make this recipe?
Leave a review 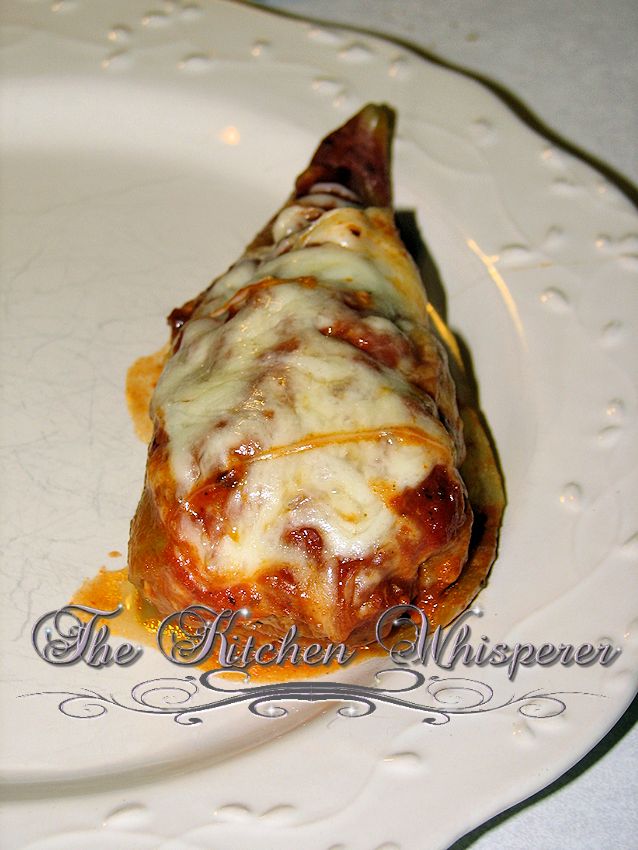