So as you all know there is this on-going bbq battle in my house – going on what 3, maybe 4 years now.  I’ve finally given up on getting a new one.. for now.  While it’s a nice-to-have-a-new-one it’s not a necessity for me.  Almost everything you make on a bbq, I can make either on the indoor grill (word to the wise, make sure you have a great exhaust fan) or oven.  From my baked corn and baked sweet potato to baked russets I’ve got a good grip on making it just as fabulous, if not more, indoors.  Well the one thing that always besieged me was steaks.  Oh how I truly love a fat juicy steak (with ketchup…  yes with ketchup!  SHUT IT, don’t judge!  I like ketchup!) sadly the steak doesn’t like me. My stomach says “OH HELL NO!”… that’s all I’m gonna say ’bout that.

Now Mr. Fantabulous loves his steak!  He’s a true carnivore.  Now I always thought an amazing steak could only be had via a grill of sorts.  I tried in the past, numerous times, trying to make it indoors but it never EVER worked out. It was either tough as shoe leather, raw or I would end up smoking us out of the house using the indoor grill.  Okay truth be told, maybe I did make a a bit more smoke than normal (I figured if I kept smoking him out of the house that he’d get the hint and we’d go get a new bbq)… sigh.. he just turned on the big exhaust fan and helped fan out the rooms.  Oh gee.. thanks honey.  Damn it! 🙂

It wasn’t until I was watching Hell’s Kitchen a few ago did I actually pay attention while they were making steaks.  Pan seared then in the oven.  Hmmm… me thinks they were on to something 🙂

So that night, I stopped at our local butcher’s shop (God I seriously love the local butcher type store versus the commercial grocery meat department). I seasoned it, let it rest and then gave it a shot.  When I told Mr. Fantabulous what I was doing he said “um baby, make sure you have the exhaust fans on BEFORE you start cooking.”  LI swear if he wasn’t so damn hot I’d beat that man.  LOL

Well let me tell you what people.  This steak was perfect.  No, it was BEYOND PERFECTION!  I mean.. I would put this up against any restaurant steak.  It’s THAT good.

Now I did think maybe I got lucky but I’ve made this dish umpteen times since I first made it and it’s been perfection every single time. 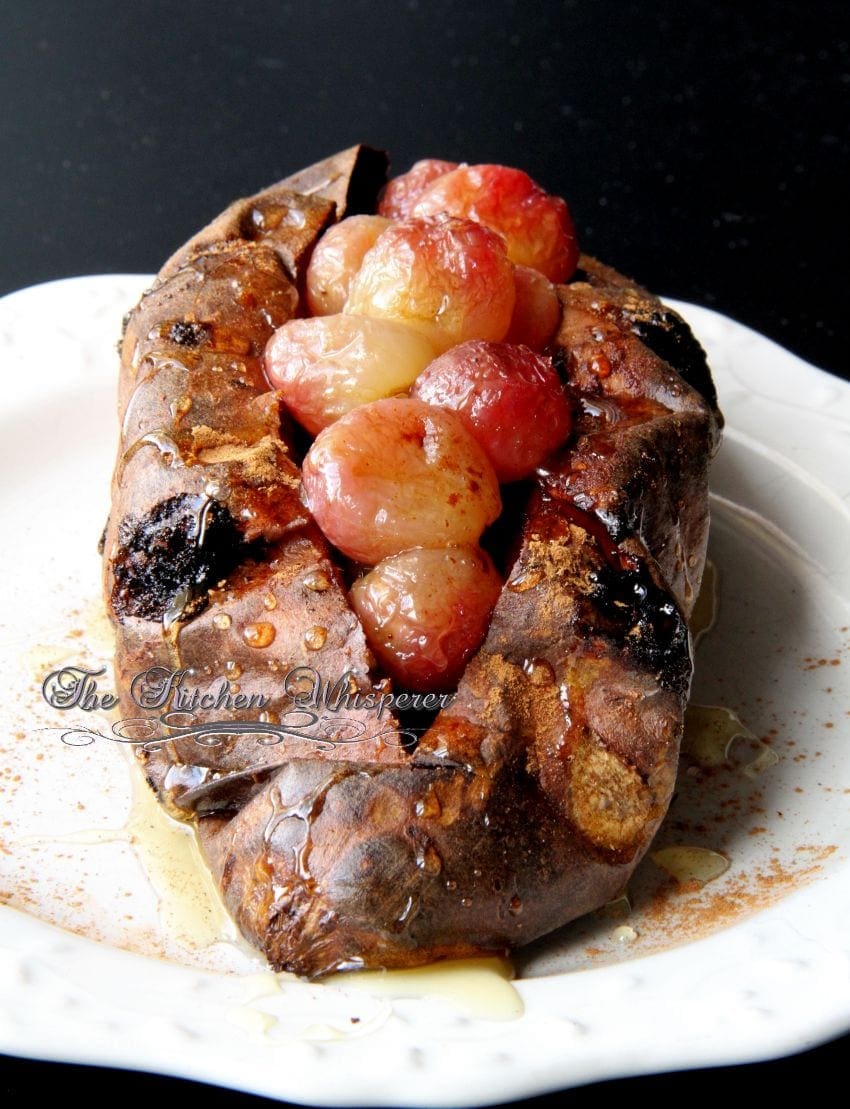 Print Recipe
Pin Recipe
★★★★★ 5 from 187 reviews
Did you make this recipe?
Leave a review

Oh and yes, that was served with a perfectly baked sweet potato!