One of my friends since middle school posted this on his Facebook wall and honestly this brought me to tears.  Ross, like many of my friends, served this great nation with honor, pride and integrity.  These are his words.

Ross I’m truly honored to call you my friend.

Today I ask on behalf of all living veterans to not thank those of us still around for our service. While we certainly appreciate the wonderful words, I think sometimes we forget that Memorial Day is not meant for those who served and survived.

Memorial Day is for the countless ones who didn’t make it home alive.

Memorial day is for the thousands that landed on Omaha Beach and Iwo Jima, the terrified young men who died as soon as their boots hit the wet sand.

Memorial Day is for the courageous men who froze to death holding their positions in Korea.

Memorial Day is for the brave men and women who battled and died in the sweltering jungle hell called Vietnam.

Memorial day is for all those lost in wars old and new, dedicated to those beautiful souls who,in their youth, were taken from us only to return in flag draped coffins, if returned at all.

While we enjoy this weekend, the parties, the auto racing the barbecues and the beer take one second not to thank we living veterans but think of the Gold Star Mothers. Gold Star Moms are the ones who everyday know they’ll never see their boy or girl’s face as they walk through the front door home from hazardous duty. Allow a prayer, if you will, for those women that war denied that warm, sacred return embrace who’s significance is know only to mother and child. .

Let us never ever forget the men and women who died in all those accidents in preparing for war. Those of us who’ve taken part know, there’s no such thing as a safe military exercise or training operation.

So this weekend when we think of those in uniform let us think of those who , as probably the greatest president ever said “gave their last full measure of devotion”

My favorite song dealing with our country isn’t some hokey, jingoistic, country stars song about how “we’re a gonna beat the enemy up and stomp a mud hole in their chest..”

For this Veteran the greatest song dealing with America and those who died in it’s service is “America the Beautiful”. In that amazing song there are a few lines most people don’t know but should, words that capture what memorial day is.

O beautiful for heroes proved
In liberating strife.
Who more than self their country loved
And mercy more than life!
America! America!
May God thy gold refine
Till all success be nobleness
And every gain divine!

So Over the next few days if we are to thank anyone let us turn our gazes to the heavens and murmur quietly in our souls our appreciation for those who now sit in the glow of God’s grace free of the pain ,the strife and the terror of war. And in that solemn moment be thankful to the almighty who saw fit to create such men and women. 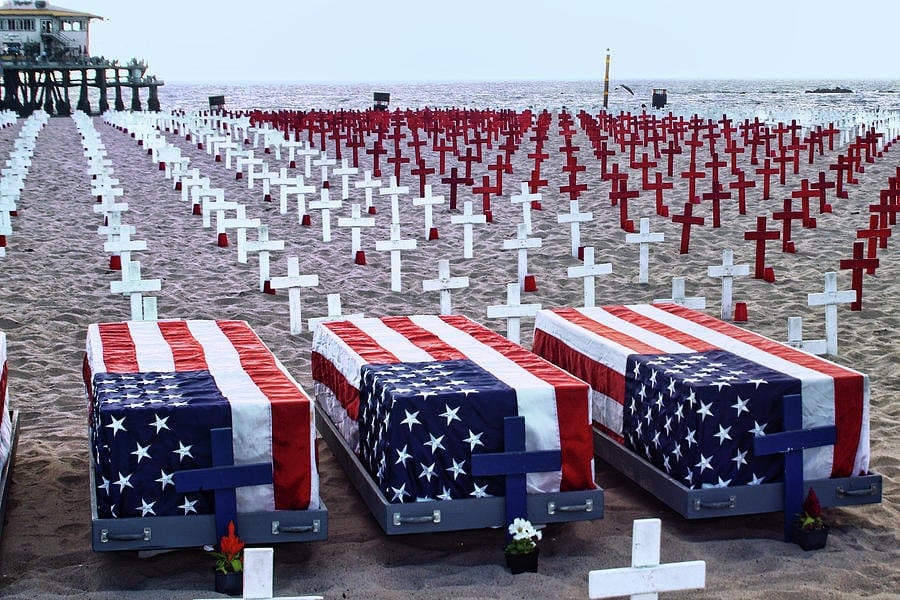