The warm notes of ginger, cinnamon and nutmeg paired with the sweetness of the pears and shallots are exactly what your pork and chicken dishes need to go from good to WOW!

Are we all done with Pumpkinsanity (pump-k-insanity) yet and everything in the world having to taste like pumpkin spice? I mean when I see my normal box of cereal now offering Pumpkin Spice flakes or O’s I’m like “Done!  I’ve checked out!” Don’t get me wrong. I love pumpkin and pumpkin spice BUT I’d like my tea to taste like tea, my ravioli to not taste like a pumpkin pie and my freaking cereal to taste like bran TYVM. Enough is enough. I mean it’s just too much.

<off her soap box>

Okay I feel better *wink*. Today I’m sharing with you a recipe that honestly came out of a “crap, I need to use up these pears before they go bad and mushy” and my throwing stuff in a pot and hoping for the best. It’s funny as many of my recipes kind of start out that way – a thought and a prayer. As this was simmering away in the pan I decided to whip up some lunch for us. Now thankfully I had pressure cooked a bunch of chicken the night before (for weekly meal prep) and had leftover pork tenderloin which meant I didn’t have to do much work other than re-heat.

So for years when it came to chicken or pork I’d either eat it with mashed potatoes and gravy (kind of where you take a fork of chicken, shoosh it through the potatoes and gravy and put it all in your mouth at the same time OR I’d dip the meat in ketchup. You can quit making that ‘ewwww’ face now. I love ketchup and growing up in Pittsburgh, having the Heinz facility here, you had to love ketchup and put it pretty much on everything. I merely was doing my part.

While I still love ketchup on my steak, again – quit it with the ‘ewww’ face, I’ve gone beyond the ketchup bottle for most meats and now have a more ‘adult-ish’ palate. Like seriously growing up if my Mom put this on my chicken or pork I would have literally sat there and eaten just butter bread as there was no way in hell I was touching something like that. But as I was putting our lunch plates together I couldn’t wait to give this a try (though truth be told, I did have the bottle of ketchup sitting out…just in case).

Before I could call Mr. Fantabulous into the kitchen for dinner he came out sniffing the air because this stuff smells AMAZING as it’s cooking!  It has such a great ‘Fall’ smell to it. It such a warm spice smell that certainly made the kitchen smell incredible. He walked over to the stove and saw this and asked what it was. Knowing my husband and how picky he is all I said was “you won’t like it; don’t worry about it. It’s a sophisticated taste”. He’s like “well how do you know I won’t like it. Maybe I’ll like it this time. You think you know me so well but maybe you don’t know me at all.”

“Fine.”, I said. “It’s a spiced pear and shallot chutney that you put over your pork or chicken. It’s chunks of pears, raisins, shallots and warm spices.”

Then I gave him the look and had my fork ready. He knows that look and what I’m going to ask him to do. Of course I got the ‘Oh no, it’s too sophisticated for me” response to which I just sat there staring at him, a forkful of food for him and my ‘oh you’re going to try it if you know what’s good for you’ look back. He gave the 5-year-old deep exhale and took the bite. Now for you guys that have kids, did you ever give your child something to eat, even though they swore up and down that they hated it (even if they never had it) and then once they took a bite, they try with all of their might to find something to hate about it (but can’t)? My nieces and nephews used to do that a lot when they were little and I’d make all types of foods for them. I became my Mom with the “Try it, you might like it” line.

Well that’s the scenario we were in. He was trying to find something about it to hate, but couldn’t. All he was responded with was “Huh, ok” though he watched me eat mine like a hawk.  I said with a smirk, “honey, do you want some of your very own even though you don’t like it?”  He called me a ‘butthead’ and said to pass the bowl of it. He said “I thought you said I wouldn’t like it. Guess I proved you wrong. You really don’t know me at all.”

So here’s the thing if I would have said right off the bat what I was making instead of the “don’t worry, you won’t like it” remark he would have not even took the forkful to try. It’s all about messing with him. Thing is I knew he’d like it. On my notepad I wrote “make him think it’s too fancy for him. He’ll love this on that pork!”  I said, “Yeah honey, gee you’re right. Guess I don’t know you at all. Man you got me. Maybe we should split up, huh?  But um hey, can you pass me my notebook for a sec. I need you to see something.”

Then I showed him the comment I made to myself. He looked at me, just shook his head and said, “Oh you’re so bad. You’re such a butthead. Seriously though, that stuff was really good!” 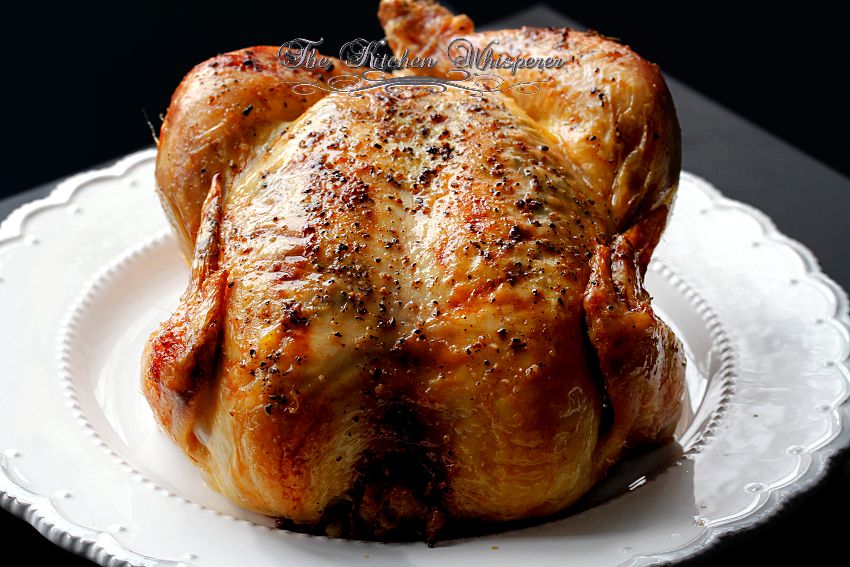